What is Blockchain and why the Tech Giants want to go for it? 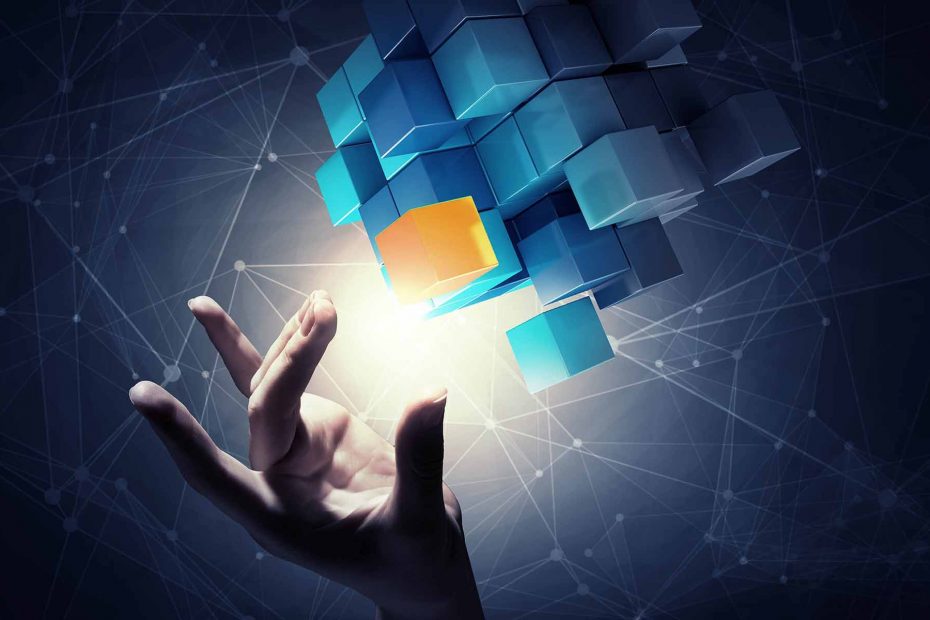 Since 1991, the buzzword “Blockchain” has always been in the limelight. Blockchain benefits are innumerable. It started with the Finance industry to ensure secure transactions and now it is hard to find which industry doesn’t follow the trend.

As I discussed in the previous article, the biggest challenge for #beginners nowadays is to filter the best from the Tsunami of information available online. There are a bunch of articles, posts, whitepapers being published by almost all the organizations on the blockchain technology to prove themselves as skilled enough.

Simply put, Blockchain is a technology that enables safe and transparent transactions among the users with a decentralized environment eliminating the need for middlemen.

Let’s see a few terms discussed often when blockchain is the subject with a simple scenario,

Scenario: Buyer ‘A’ wants to buy a house from Seller ‘B’. Buyer ‘A’ is in short of money and lends it from lender ‘C’.

A Smart Contract is a program(a few lines of code) that works on the “if-then” concept. It executes automatically upon the satisfaction of certain conditions on the blockchain network.

With respect to the scenario:

A blockchain network is created with A, B and C. Buyer ‘A’ submits the required documents in the blockchain network, smart contract checks whether the documents are satisfying the terms and conditions. If yes, the lender releases the payment to seller ‘B’. If the conditions are not met, buyer ‘A’ is intimated of the denial thus eliminating the daunting paperwork and middleman for verification.

Bitcoin is a Dapp(Decentralised app). Simply put, it is a digital/virtual currency developed using blockchain technology. It is peer-to-peer and no institutions like banks or government or any third party to complete the successful transaction. Thus avoids the transaction charges.

It is robust and is anonymous as it doesn’t require any personal identity proofs to be attached. This is the reason why still many countries are not approving the bitcoin transactions which may arm the illegal activities.

With respect to the scenario: Buyer ‘A’ pays the seller ‘B with ‘X’ number of bitcoins bought from lender ‘C’ (Bitcoin Exchange).

Ethereum is an open-source platform on which the developers write programs to build decentralized applications(Dapps). 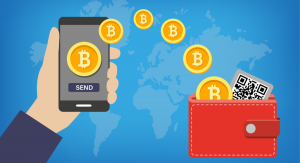 It is a digital wallet(software) used to store digital currencies like bitcoin, ether, etc. If you want to use virtual currency, you should have a crypto wallet. It keeps track of all the transactions. It is of different types like mobile wallet, custodial wallet, Desktop wallet, Online wallet, paper wallet, hardware wallet, etc.

It is an open-source framework used to build the blockchain network. Pioneered by Linux foundation, many tech giants like IBM, J.P. Morgan, Daimler, etc. joined the rally to make this collaborative effort possible.

With respect to the scenario: The Buyer ‘A’ can send the payment to seller ‘B’ without revealing the amount being borrowed from lender ‘C’.

Blockchain hustle of the Techies! 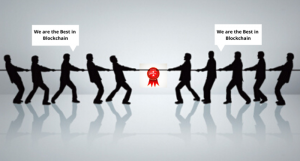 Realizing the compelling need to show their hands high up for the world to prove themselves upskilled, almost all the tech kingsmen are showcasing their take on the buzzword.

Recently this year, China’s internet giant #Baidu launched a public beta of its blockchain called Xuperchain and it is available for users for just $0.14 until March to deploy an application.

Whereas, #Alibaba has already announced that its consortium Blockchain will be soon launched in February.

Is it just for Financial Services?

Certainly no. Whichever industry is in need of transparency, security, tamperproof, cost reduction can avail this distributed ledger technology. Pharmaceuticals, Agriculture, are the interesting verticals to join the club.

In the late 2000s, few US and UK theatres started to accepting bitcoins for tickets. Recently, the Singapore Government wanted all their crypto businesses to be registered under the Singapore Payment Services Act. When technology is legal, trust multiplies!

Let’s discuss some more in the next article!

Would you like to know about how we developed Blockchain-enabled Money Remittance with ROI within a year?

REad more
Tags:blockchaincryptowalletethereumhyperledger fabricsmart contract
previousWhat is PWA-Progressive Web Application and Why is it so popular?
nextTechnologies – End Game…Sorry, The Beginning!
WhatsApp Chat with us